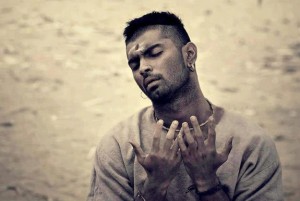 A visual vocabulary of the true events depicted in the novel, ‘Red Tea’ by P.H Daniel, Paradesi captures the ordeal and life of tea-plantation workers during pre-independent India. Dealing with slavery, oppression of freedom and exploitation in the face of experiences encountered by the villagers, Bala once again have created a film that has influenced the mind of many through cinema’s mass reach. Innocent villagers were ripped out of their normal life, their known world changed overnight, making one to believe that only death could free them.

Atharvaa Murali, engages with the audience as Raasa, a carefree man with childlike innocence, which only heightens the devastation felt when the character is put through the utmost difficult time of his life.Paradesi sheds a new light and dimension on the unexplored acting skills of Atharvaa Murali.