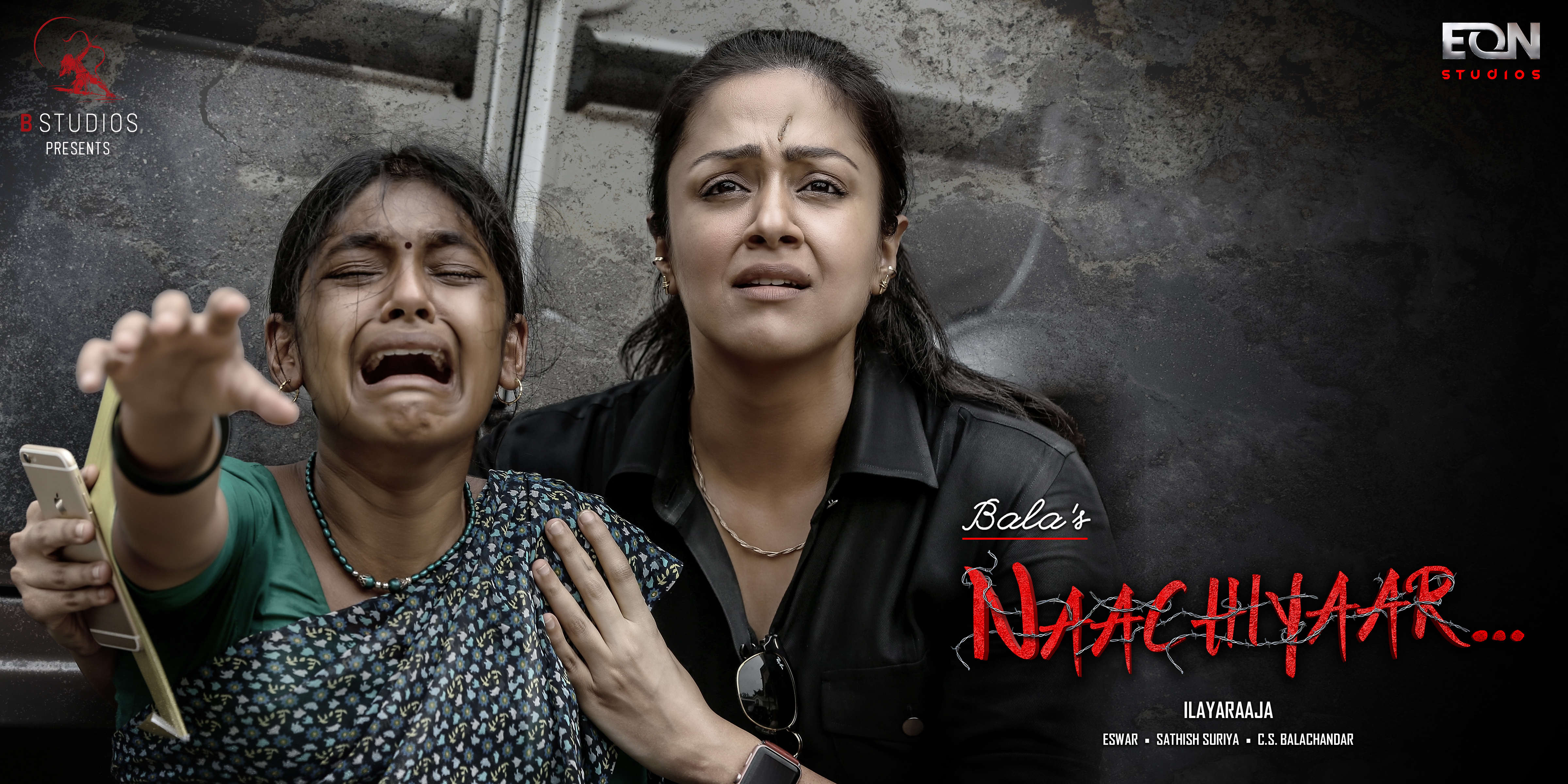 The crawling aerial footage from the trashy landfill to the skylines establishes the core of the movie within a few seconds. Naachiyaar, a film that deals with the unexplored shades of grey in a minor love story; a pregnant young girl and her naïve lover who has been accused of rape. A righteous and persistent cop, Naachiyaar leads the investigation of the seemingly easy case, which takes a turn revealing a far more disgusting intent. How will Naachiyaar handle and solve the case that has restricted the life of the young lovers and bring out a morally correct and justifiable outcome.

Jyotika in and as Naachiyaar, took on the role of a police officer like a boss. G. V. Prakash Kumar rediscovered himself as an actor in the role of a naïve youngster, Kaatthu that has been raved by critics and audiences. Debutant Ivana shined with her subtle acting next to her experienced co-artistes.