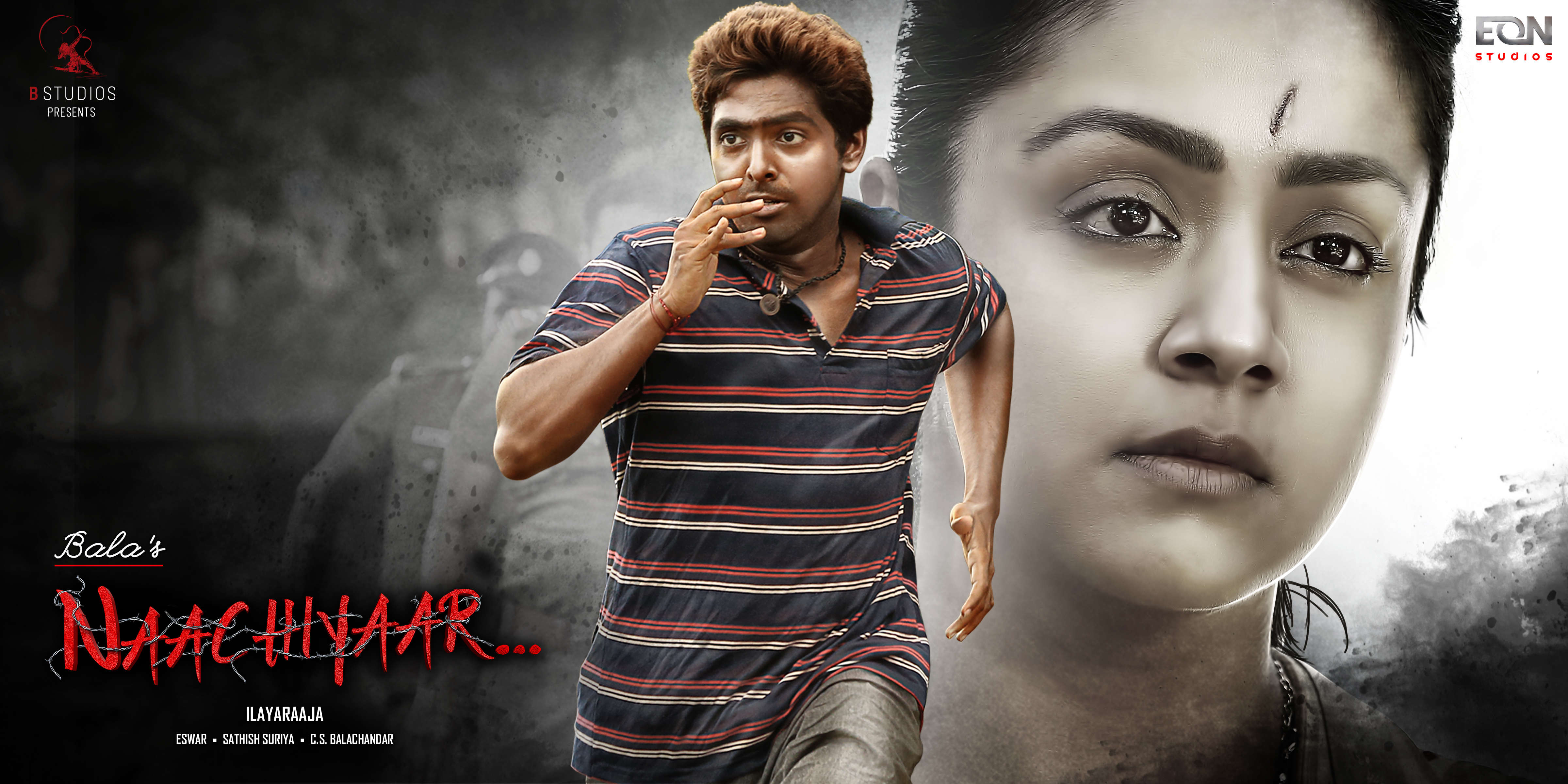 Naachiyaar, a film by Bala produced by EON Studios and co produced by B Studios. Written and directed by Bala, Jyothika and G.V.Prakash Kumar join hands for the first time on screen alongside Ivana, a promising debutant in Tamil Film Industry. Isaignani Ilayaraaja has scored the music for the film, recreating the magic between the director and music director through a magical number. Scenes are framed by Eswar a first time collaborator and Sathish Suriya was roped in as the editor for Naachiyaar. The film released nationwide on the 16th of February 2018 to positive reviews and was a hit at the box office.