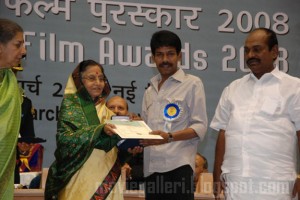 Right from the beginning of his career as a filmmaker, Bala has won numerous awards in India and now, across the globe for his hard-hitting realistic films. Technicians and actors associated with him have also received recognition, accolades and applause from both, the public and film critics. One of such award that is a dream for many associated with films is the National Film Awards, the most prominent film award presented by the Government of India. By far, Bala and his team have won a total of 6 awards in various categories.